An Evening With Steve Berry 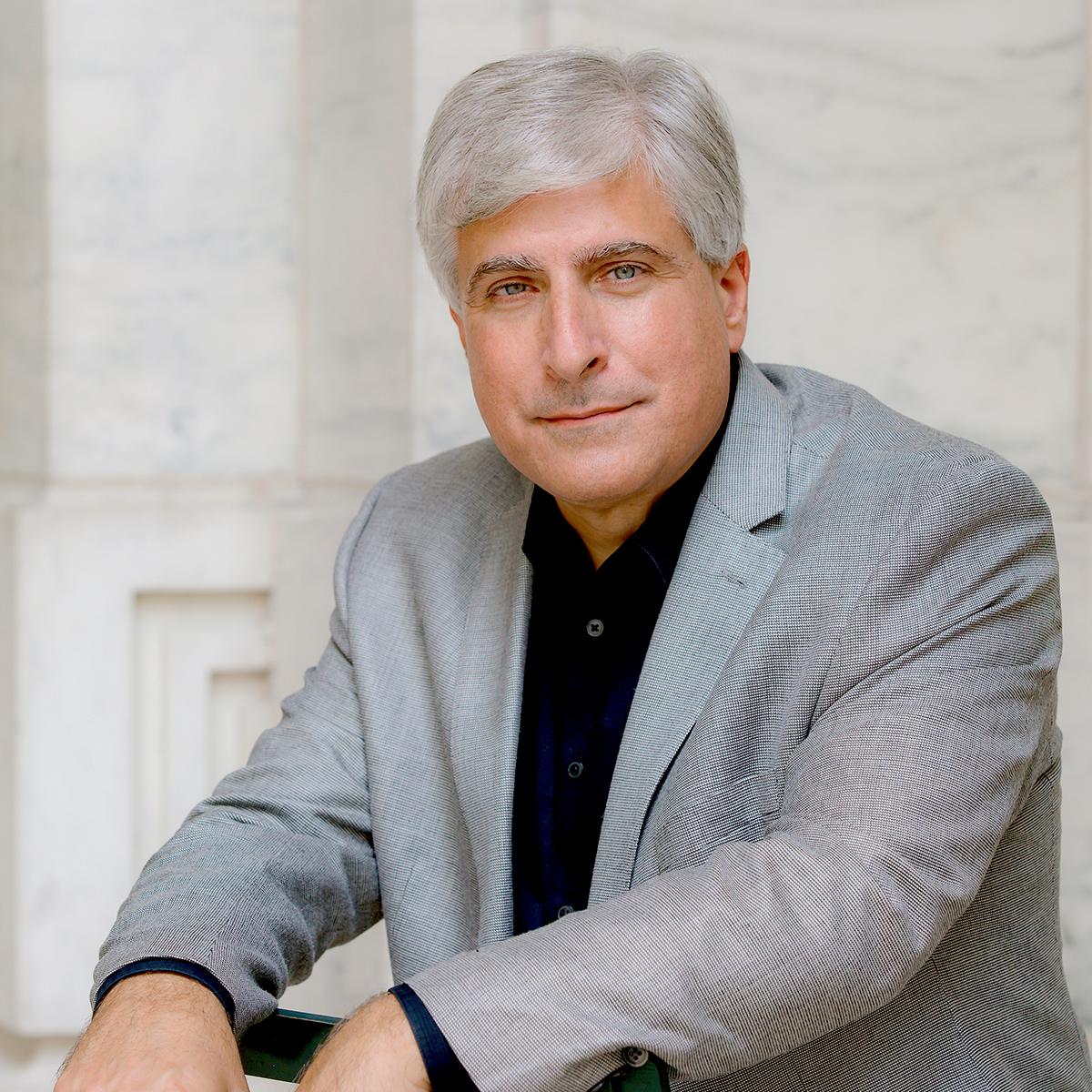 Former trial lawyer and Southern Voices alumnus, Steve Berry is The New York Times and #1 internationally best-selling author of 20 novels and 11 eBook originals. Known for his international suspense thrillers with a historical hook, Berry’s latest novel is no exception. The Kaiser’s Web, the sixteenth Cotton Malone adventure, tells the story of a secret dossier from a World War II-era Soviet spy that will rewrite history.  Kirkus Reviews describes it as “ominously up-to-date.” Founder, with his wife Elizabeth, of History Matters, a foundation dedicated to historic preservation, Berry was named spokesperson for the American Library Association’s National Preservation Week in 2012 and 2013. He’s also an emeritus member of the Smithsonian Libraries Advisory Board and a founding member of International Thriller Writers. 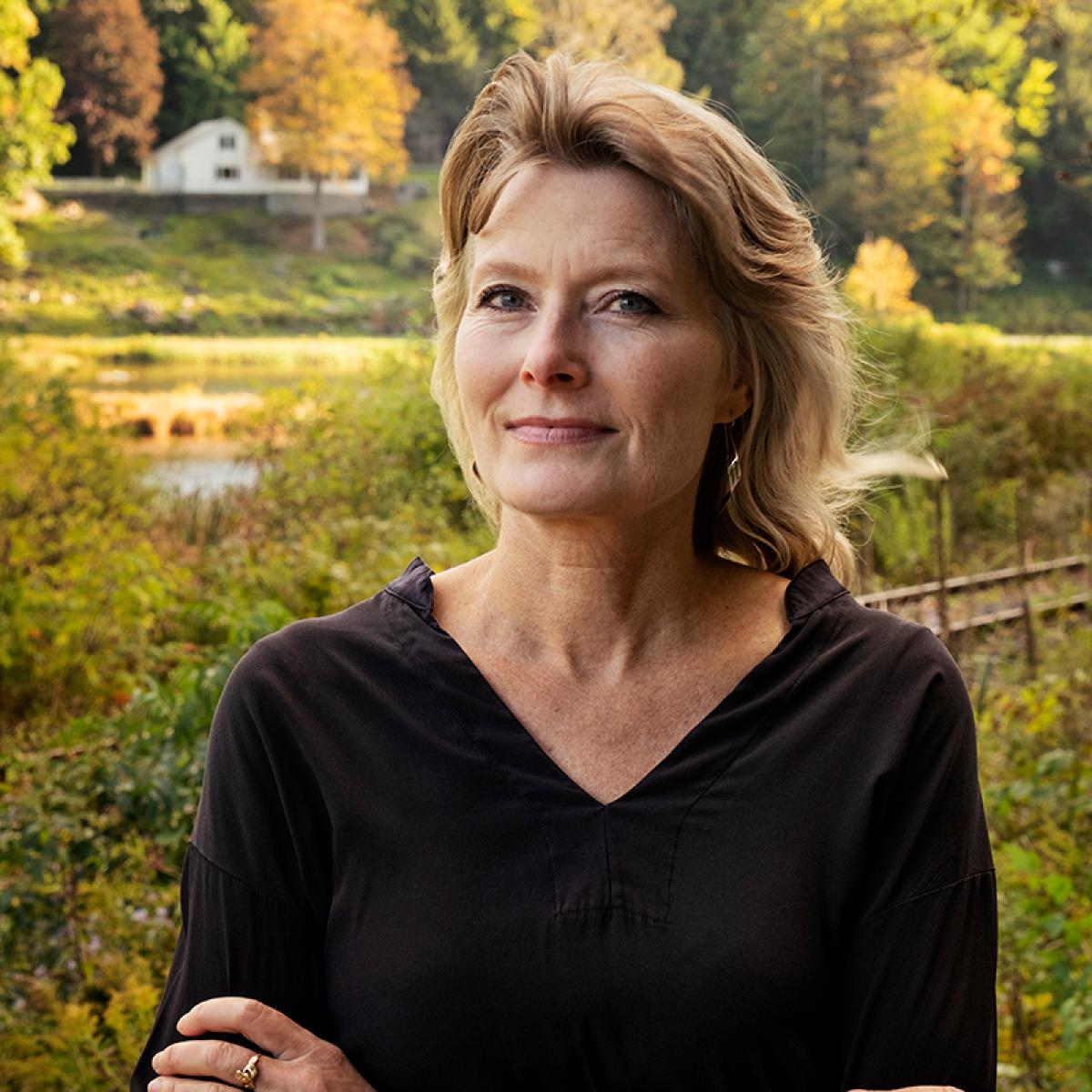 Jennifer Egan is the author of the 2011 Pulitzer Prize–winning novel A Visit from the Goon Squad. Published in 2010, the book soared to the top of many publications’ Best of 2010 lists, including The New York Times, The Washington Post, Time, Slate, Salon, and People. In addition to being awarded the Pulitzer Prize for fiction, A Visit from the Goon Squad won the National Book Critics Circle award for fiction, and was a finalist for the PEN/Faulkner Award for Fiction, the IMPAC/Dublin Literary Award, and the Irish Book Award.

Her latest novel, Manhattan Beach, is a New York Times best seller, which the Boston Globe heralds as “Egan’s most remarkable accomplishment yet.” It is Egan’s first historical novel and it delves into the world of World War II era New York, with the story of a young woman who becomes the first female diver in the Brooklyn Naval Yard, navigating a world populated by gangsters, sailors, bankers, and union men. Manhattan Beach was awarded the 2018 Andrew Carnegie Medal for Excellence in Fiction. Her upcoming novel, The Candy House, which is a follow-up to A Visit from the Goon Squad, is set to be released in April 2022. 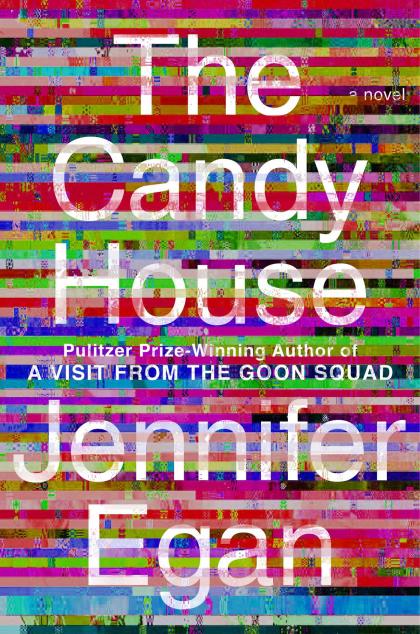 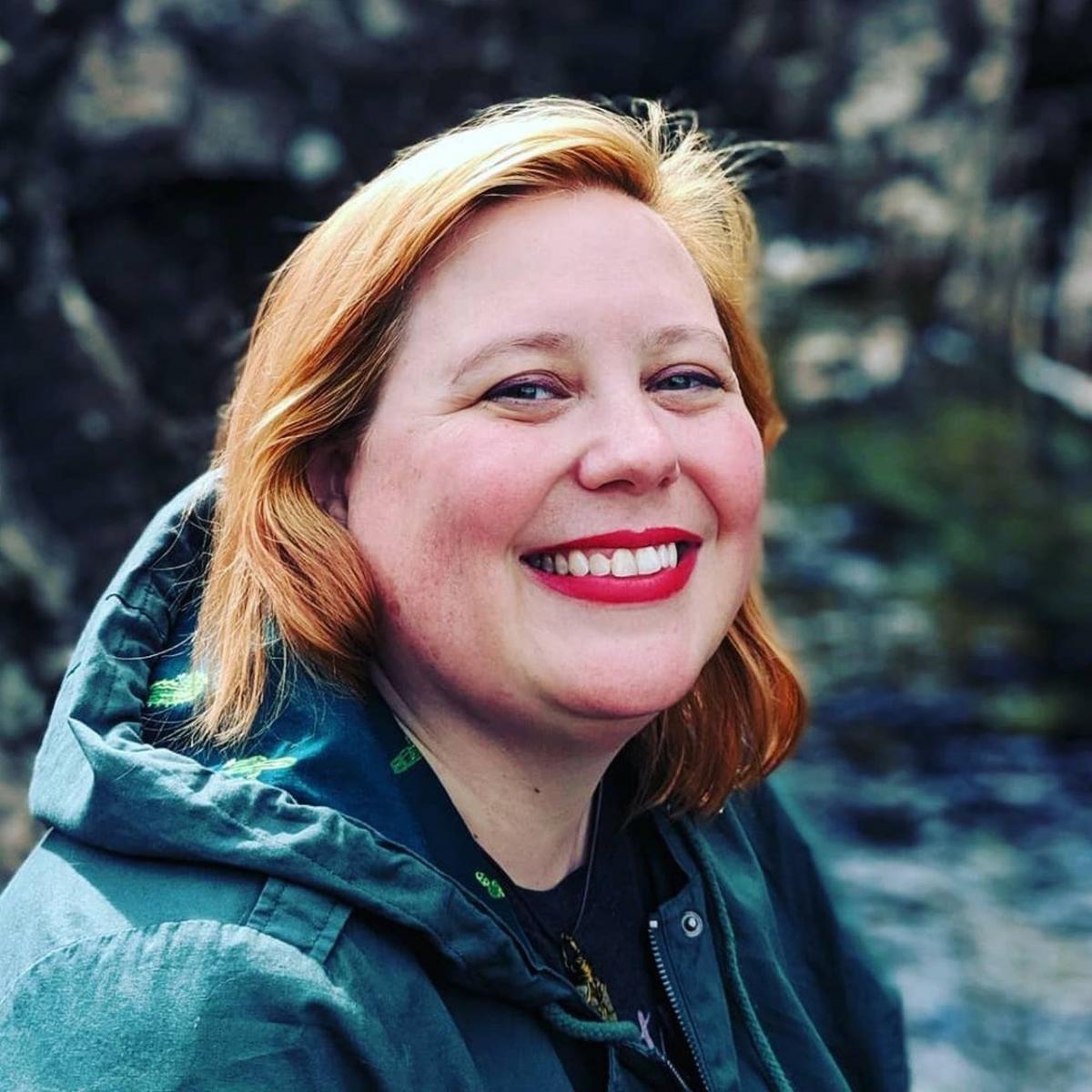 Born in Virginia and raised in Alabama, Rachel Hawkins is The New York Times best-selling author of multiple books for teens, most notably the Hex Hall series.  Her first adult novel, The Wife Upstairs, a reimagining of Charlotte Bronte’s Jane Eyre set in modern-day Birmingham, Alabama, was an Amazon.com Editor’s pick.  The Southern Review of Books places Hawkins’ The Wife Upstairs “definitively within the contemporary female-centered domestic noir thrillers such as Liane Moriarty, Gillian Flynn, Paula Hawkins and A. J. Finn” while also evoking “gothic tales like Daphne du Maurier’s Rebecca.” A former high school English teacher, Hawkins is a graduate of Auburn University and lives with her family in Alabama. Her latest novel, Reckless Girls, will be released in 2022. 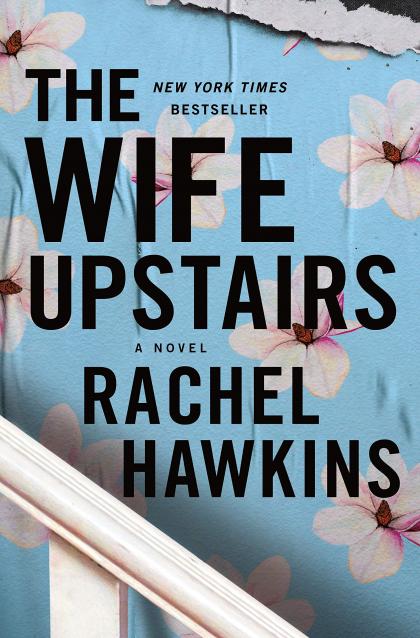 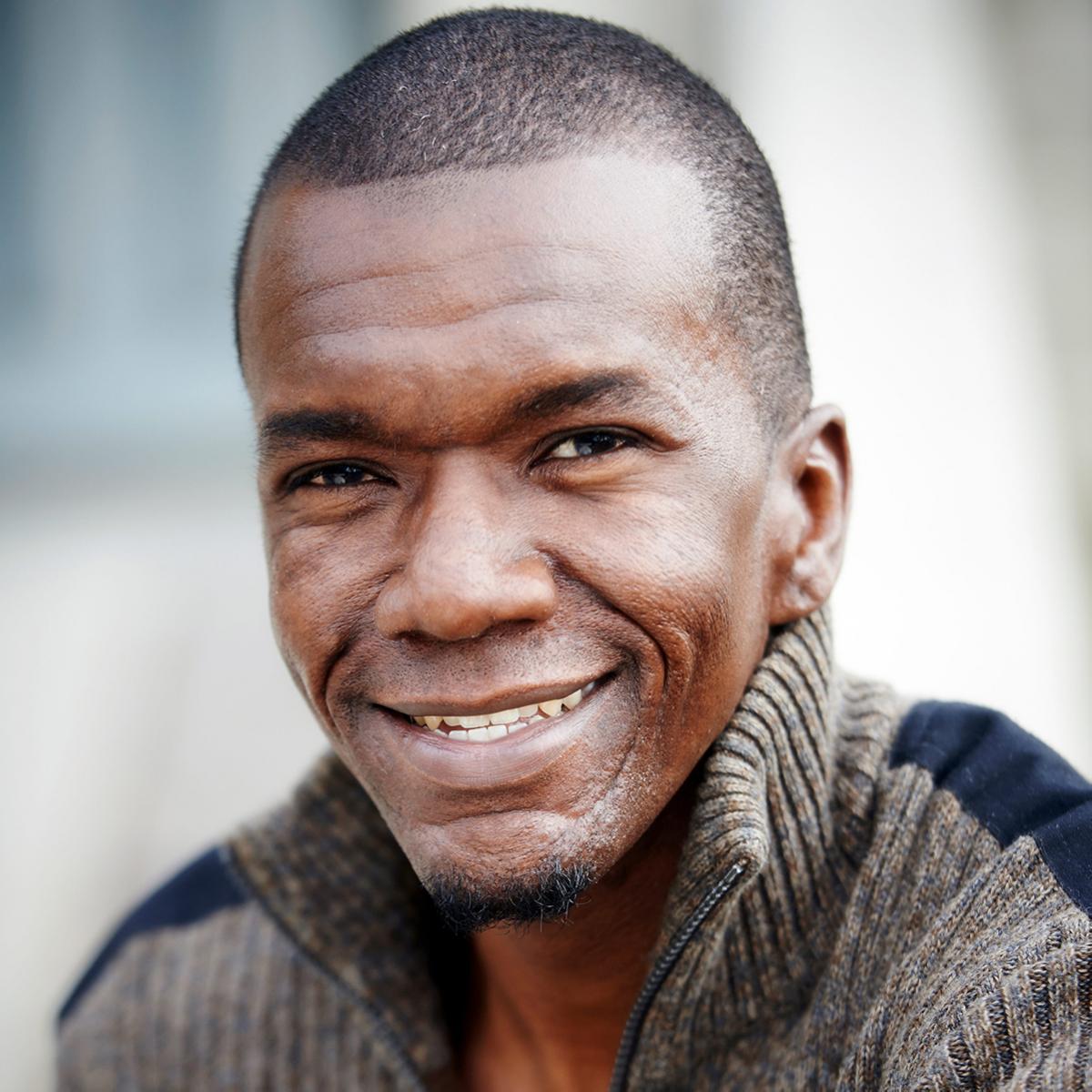 Best-selling author and 2021 National Book Award Winner, Jason Mott is the author of two poetry collections and four novels. His debut novel, The Returned, was optioned by Brad Pitt's production company, Plan B, as a television series; Resurrection premiered on ABC in 2014. His latest novel, Hell of a Book, the National Book Award Winner, was described by Kirkus as a “moving meditation on being Black in America” and by The Washington Post as a realization that “being Black in America and existing is a journey of love.”  Jason currently lives in southeastern North Carolina and has a BFA in fiction and an MFA in poetry, both from the University of North Carolina at Wilmington. His poetry and fiction have appeared in various literary journals.  He was nominated for a Pushcart Prize award, and Entertainment Weekly listed him as one of ten "New Hollywood: Next Wave" people to watch. 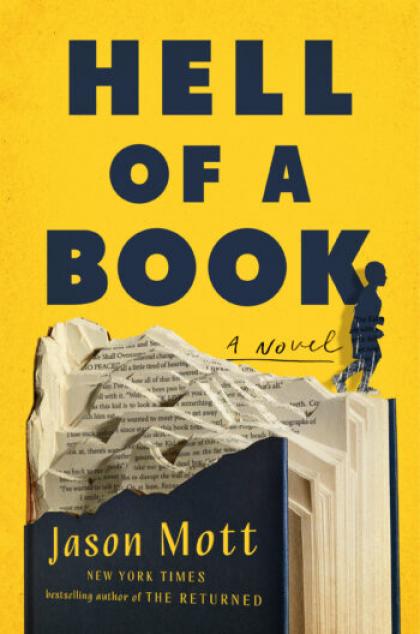 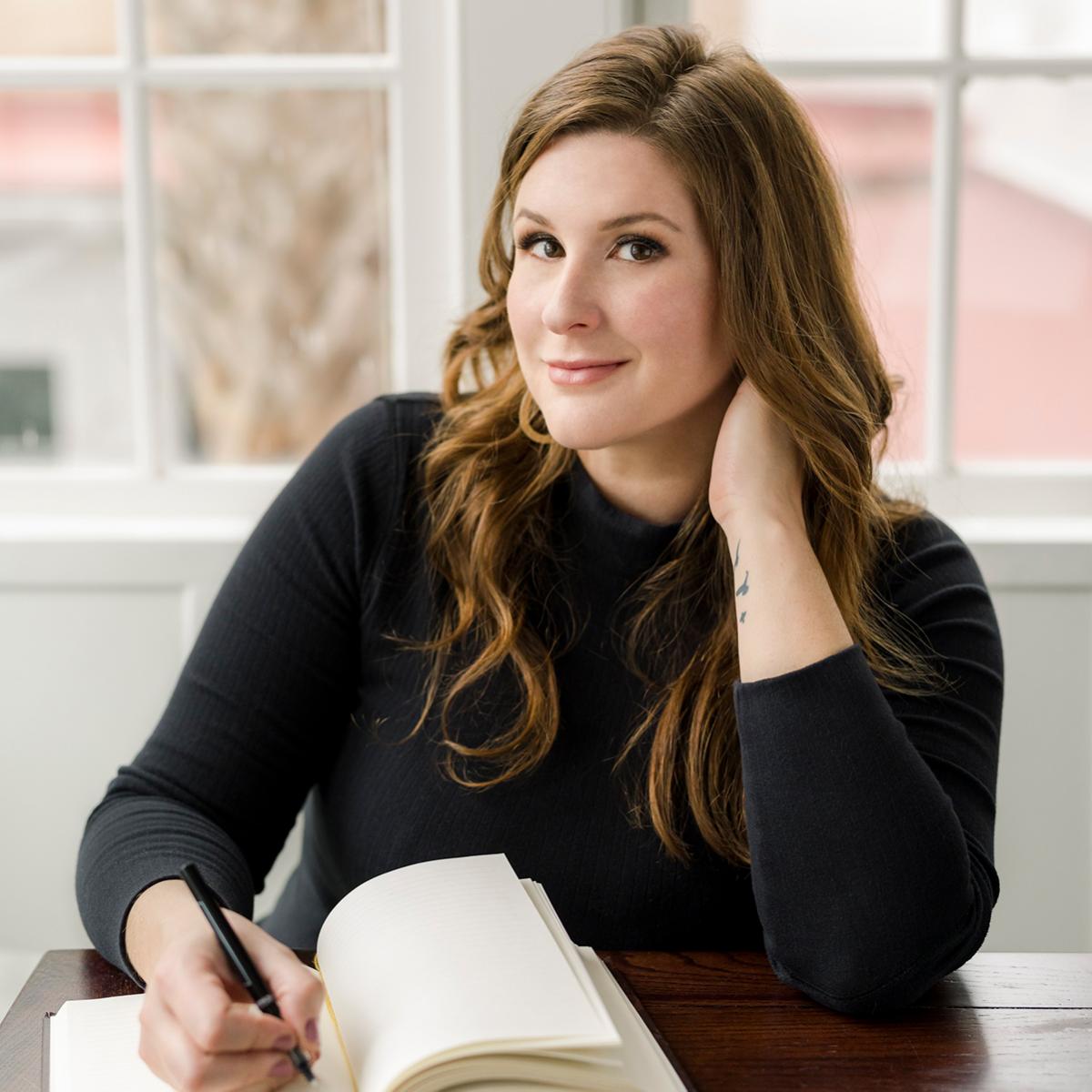 Signe Pike worked as an editor at Random House and then Penguin before publishing her first book, a travel memoir entitled Faery Tale: One Woman’s Search for Enchantment in a Modern World. She has since spent more than a decade researching Celtic history and folklore, which has served her well in her Lost Queen series, an exciting historical series that has recently been optioned for TV. The Lost Queen reveals the story of Languoreth, a powerful and forgotten queen of sixth century Scotland. The series has been described as “Outlander meets Camelot” and “The Mists of Avalon for a new generation.” Patti Callahan Henry hailed the first book as “an extraordinary historical page-turner.” The Forgotten Kingdom released this year, and the third book in the series will be out in the fall of 2023. For the past 12 years, Signe has resided in Charleston, South Carolina, where she writes full time. 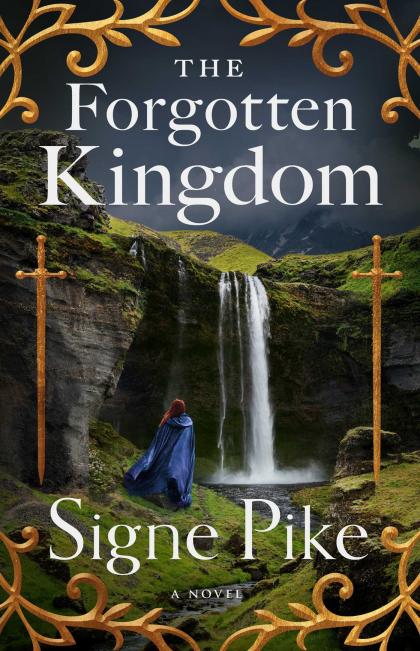 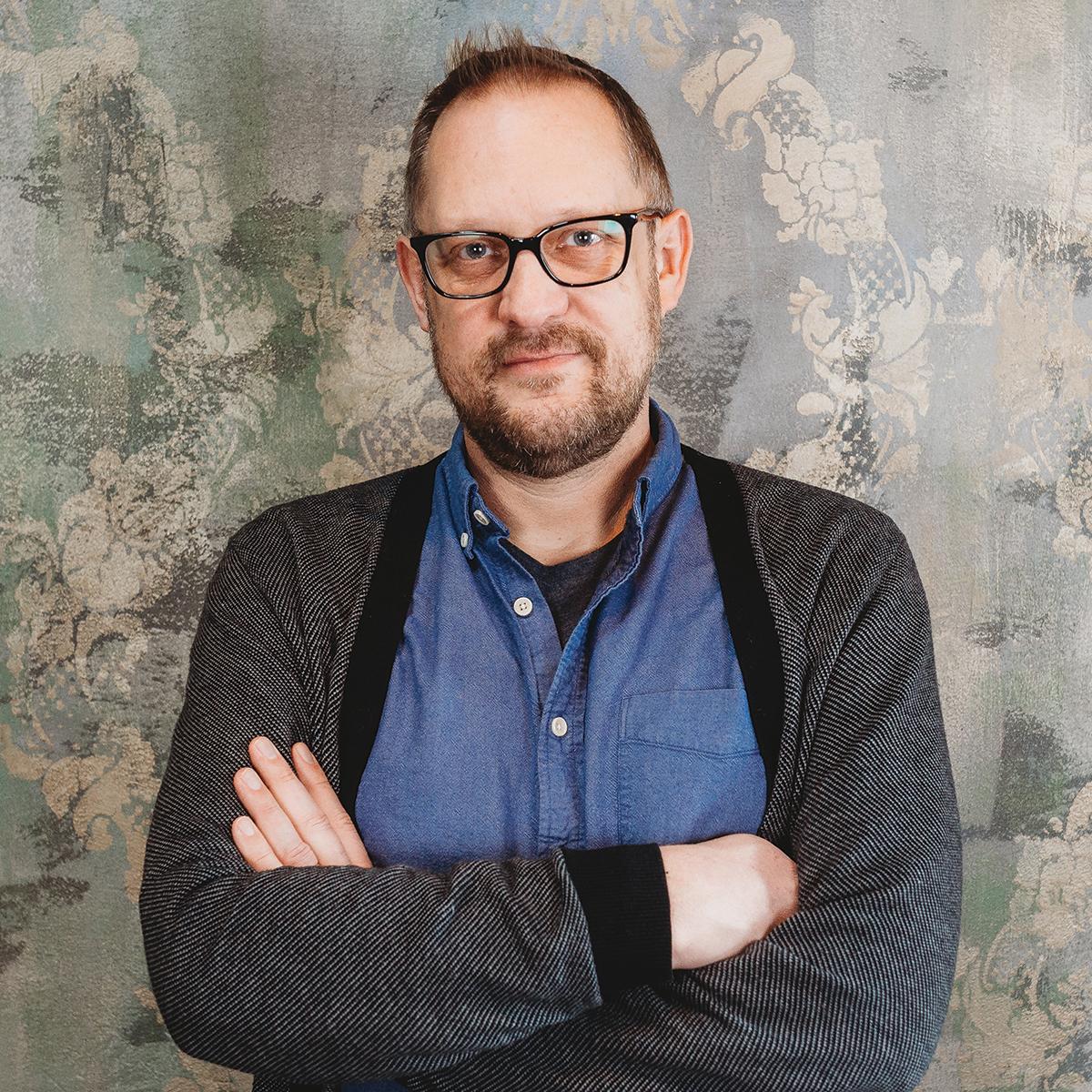 Peter Swanson is The Sunday Times and The New York Times best-selling author of seven novels, including The Kind Worth Killing, winner of the New England Society Book Award, and finalist for the CWA Ian Fleming Steel Dagger; Her Every Fear, an NPR book of the year; and his most recent, Every Vow You Break described by The Wall Street Journal as “reminiscent, by turns, of such foreboding films as Vertigo [and] Fatal Attraction.”  His stories, poetry, and features have appeared in Asimov’s Science Fiction, The Atlantic Monthly, Measure, The Guardian, The Strand Magazine, and Yankee Magazine.  A graduate of Trinity College, the University of Massachusetts at Amherst, and Emerson College, he lives on the North Shore of Massachusetts with his wife and cat. Peter's latest book, Nine Lives, will be released March 15, 2022. 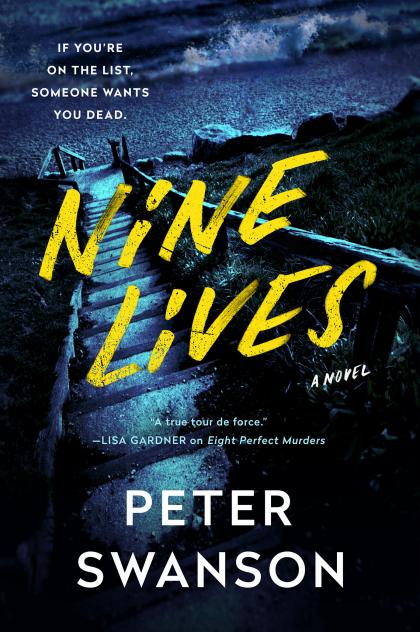 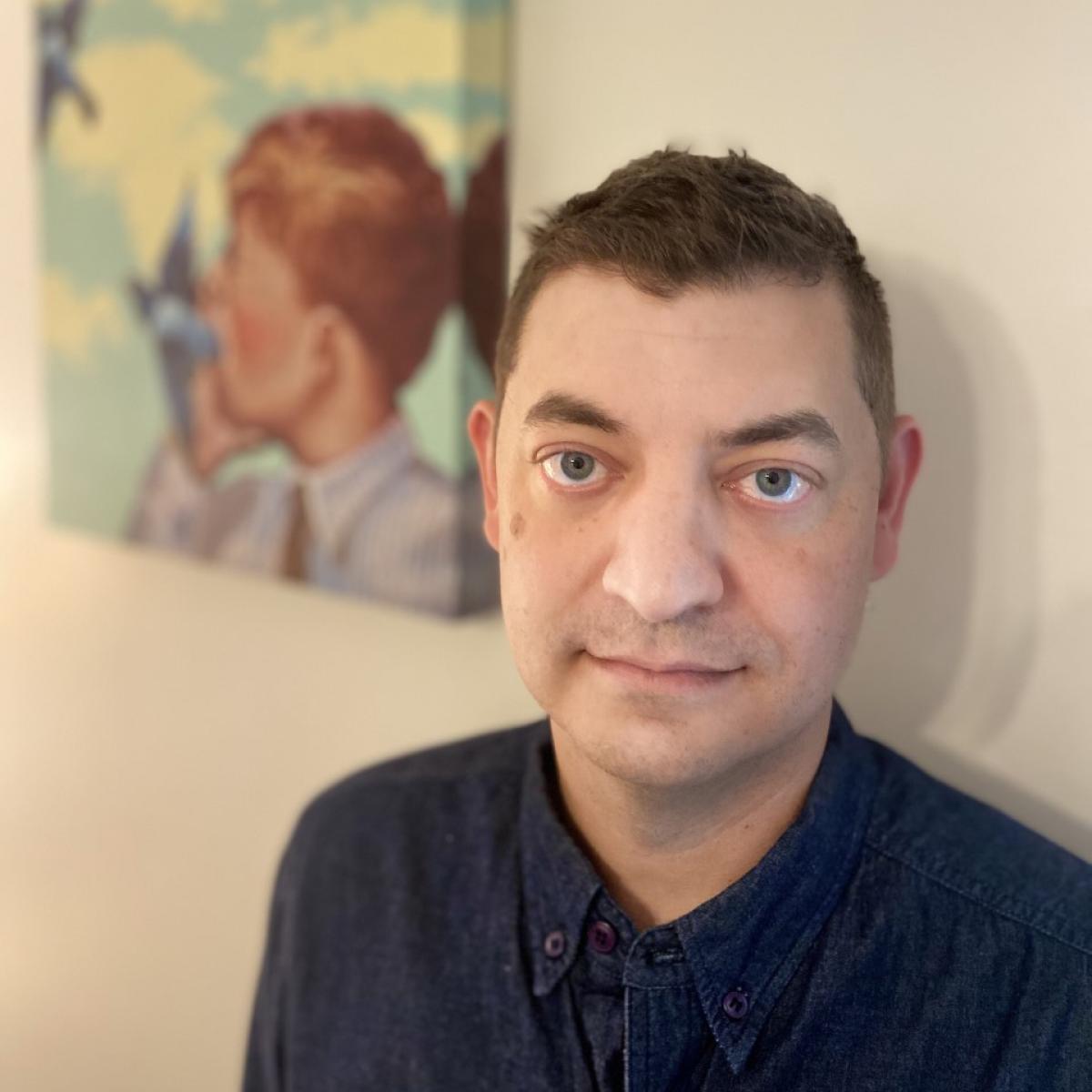 Kevin Wilson is the author of two short story collections and three novels.  His first short story collection, Tunneling to the Center of the Earth received an Alex Award and the Shirley Jackson Award.  Wilson’s fiction has appeared in four volumes of New Stories from the South: The Year’s Best Anthology and in The PEN/O. Henry Prize Stories 2012.  His first novel, The Family Fang was made into a movie of the same name starring Jason Bateman, Nicole Kidman and Christopher Walken.  His latest novel, Nothing to See Here, about twins who spontaneously combust has been named a Best Book of the Year by The New York Times Book Review, The Washington Post, People, Entertainment Weekly, USA Today, TIME and Buzzfeed among others.  Library Journal calls it a “love letter to the weirdness and difficulties of children and parenting.”  He lives in Sewanee, Tennessee with his wife and children, where he is an Associate Professor in the English Department at The University of the South. 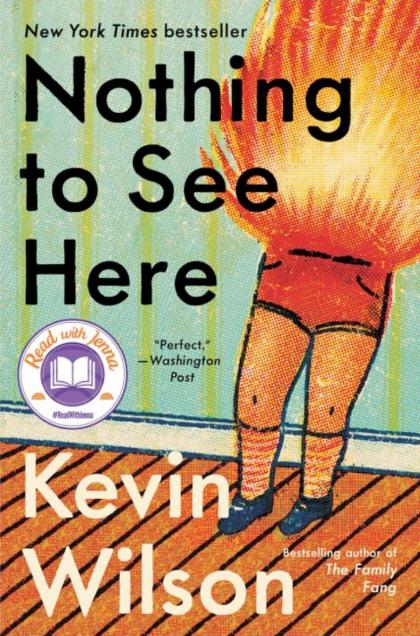 The Art of Cathy Fussell

Cathy Fussell is a fiber artist and quilter living and working in Columbus, Georgia. Her work is held in a number of public collections, including the Fulton County (GA) Public Arts Collection, the Memorial Sloan-Kettering Koch Collection in New York, and the forthcoming Barack Obama Presidential Library in Chicago. Additional examples of her artwork have been exhibited in numerous juried and curated art exhibitions around the South and beyond, and her work is held in dozens of private collections around the nation and abroad. A practicing fiber artist for more than 50 years, Cathy Fussell has been sewing and working with textiles since her early childhood in Buena Vista, Georgia, her hometown. In 2011, she retired from Columbus State University following a long career as an English professor and teacher. Fussell specializes in making art quilts and related works in fabric and her imagery generally falls into three major categories: regional geography, Southern literature and American modernism. 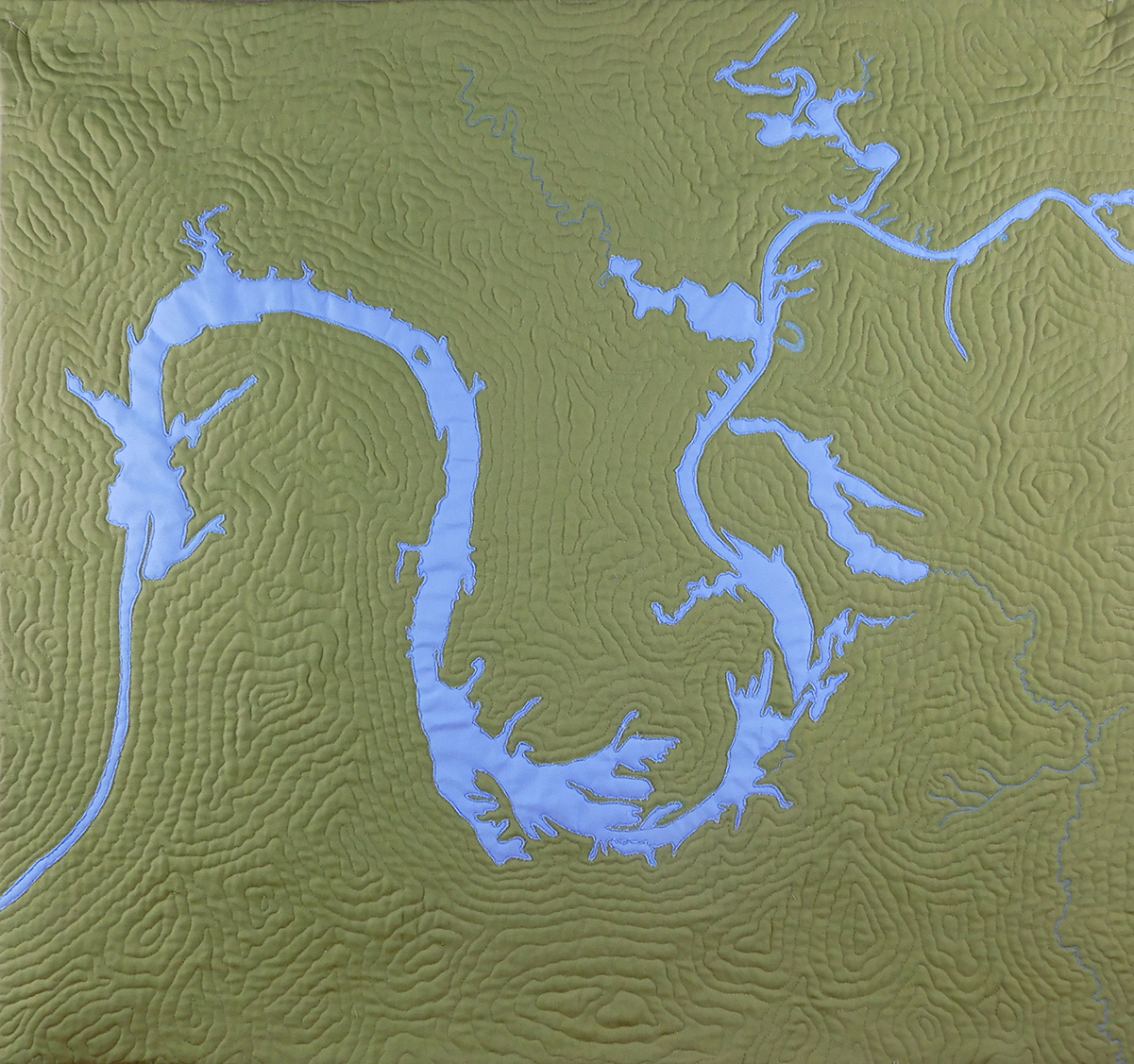 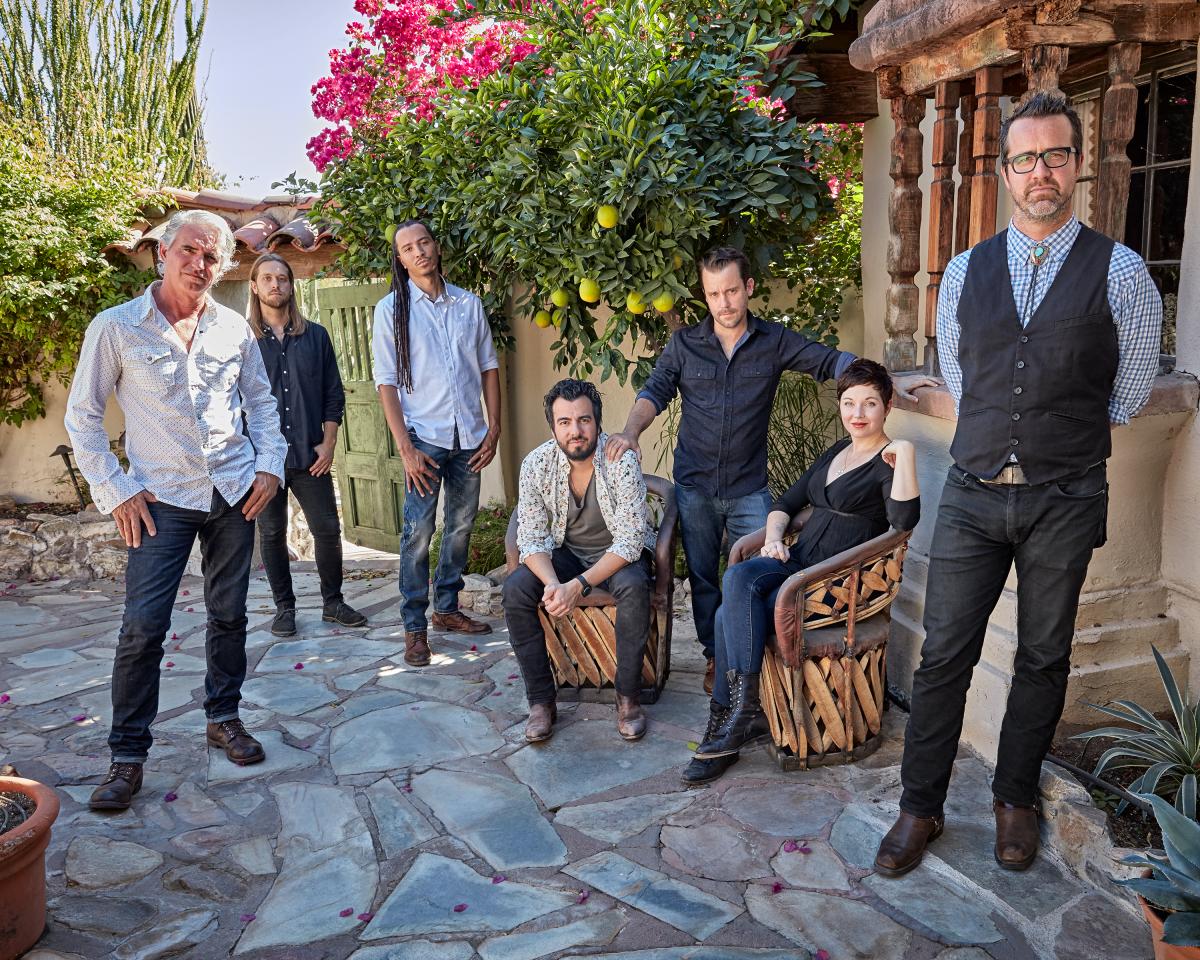 Laurel Canyon originates from its intersection with Sunset Boulevard in West Hollywood and slices its way through the Hollywood Hills. The show, Live from Laurel Canyon, created by master composer Brian Chartrand, is a 90-minute retrospective of music and stories of some of the most influential artists of the era such as The Byrds, Buffalo Springfield, Carole King, James Taylor, the Mamas & the Papas, Joni Mitchell, Crosby, Stills, Nash & Young, The Eagles, Linda Ronstadt and Jim Morrison who resided there from 1965 through 1976, forever changing the landscape of American pop music. Much more than a “tribute” act, Live from Laurel Canyon not only performs the music you love, but takes you on a journey through the stories that inspired the songs when an entire generation of youth were searching for a sound to define them.

An Evening with Steve Berry

The Library Theatre (Reserved Seating)
$45 per person
Lunch on your own
You may preorder a boxed lunch from East 59 Café by calling 205-518-6264 or by visiting east59.net/southernvoices by February 25 at noon.

Please purchase your tickets early, as we expect to sell out during this time. If any tickets remain, they will also be available during regular Box Office hours M-F, 10 am - 6 pm

Purchase online... (Links will be provided below when ticket sales open)

An Evening with Steve Berry

This project has been funded by the City of Hoover and the Friends of the Hoover Public Library.